Speaking for the best fans 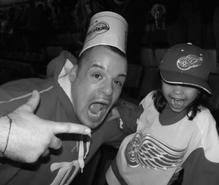 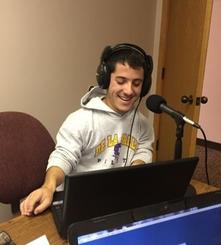 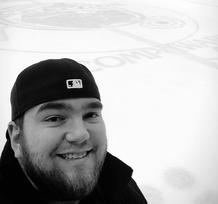 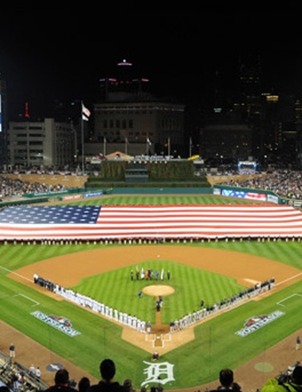 Growing up as fans of the local teams, we have         developed a strong passion for Detroit sports. We follow our beloved teams through the ups and downs supporting them all the way. We are sports fans who love competition, watching our teams enjoy success, analyzing critical plays that determine success or failure, and interacting with other Detroit Sports Fans.

Vito is a Tigers and MLB Fanatic, is also a Contributor to the freep.com website, writes for Five Wide Sports, produces content for Top Cat Sales. Graduate of The University of Detroit Mercy, making Million-Dollar moves at a young-age! New shows on Wednesdays. Follow on twitter @vitojerome 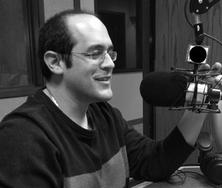 We have assembled a lineup of Detroit Sports Journalists, Broadcast Professionals that want to share their opinions, excitement, passion, and sometimes misery with all the fans in the area and across the country. From top row down we have:

Adam "Jock" Strozynski:  Reporter/Host/Producer. Adam is an avid sports fan with years of journalistic and broadcast experience. His experience includes working for ESPN Radio as a Radio Stringer, Freelance Sports Reporter at The Oakland Press, MLive.com News, Patch.com, and Interning for 97.1 The Ticket. Follow on twitter @adamrstroz

Adam has a Bachelor's Degree in Journalism from Oakland University in Rochester, MI. He also loves opening day festivities in Detroit and tries to avoid pucks to the face in the many hockey leagues he plays in (he is 1-34 in fights this season).

John "Doc" Maakaron: Reporter/Host/Executive Producer/Sports Director. Detroit Tigers & Michigan Wolverines Reporter. Responsible for earning the network media credentials. Also covers Detroit Mercy Titan Basketball & Oakland University Grizzlies Basketball. Addicted to all Detroit Sports. John is a former Lions season-ticket holder (in the Millen era) – he still has not recovered. Roots for Green and White, as he graduated Michigan State University (Class of 2001) Celebrated MSU's 2000 National Championship during his junior year until dawn and still went to class 8am! Has earned a Master's Degree in Psychology from The University of Detroit-Mercy. Dominates Social-Media in Detroit, has an opinion about Everything! Follow on twitter @detroitpodcast

John wants a Detroit MLS Soccer Team ASAP. Plays tennis, basketball, poker, & hacks up all of the golf courses in Michigan. As you can see, he has a face for radio.

Jason "The King" Jarvi:  Producer/Host. The voice of reason, the traction of sports info.  Jason loves all things Detroit Sports, Fantasy Football & hates everything that bleeds blue. He earned his stripes interning for the Matt Dery Show on Detroit Sports 105.1FM. New Fantasy Nerds Podcast every Friday and New Motor City Sports Rant Podcast every Tuesday. Follow on twitter @jarvitheking  Jason is known for wanting to trade prize players at the height of their playing career for prospects that may or may not pan out.

So much for being the voice of reason.